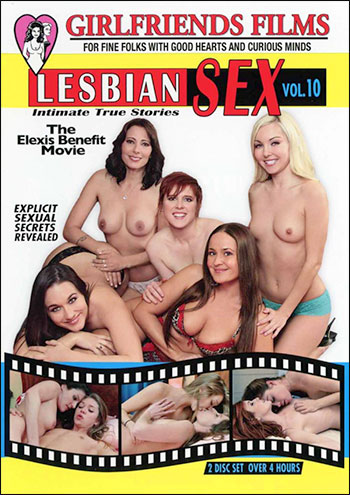 Описание:
True intimate stories of horny lesbians as explicit sexual secrets are revealed! This disc set stars today's most popular performers and they reveal explicit sexual secrets in the award nominated series, which contains over 4 hours of true stories, kinky fantasies, and lesbian passions. Volume 10 is also known as "The Elexis Benefit Movie," as performers in the movie donated half their earnings to ailing performer Elexis Monroe, an amount matched and exceeded by Girlfriends Films. Each sex scene in "Lesbian Sex" begins with an honest conversation with the adult stars, providing the viewer with better insight into their personalities and lives. Excitement builds between the pairs of girls as they share their most erotic fantasies. When the ladies are fully aroused and unable to keep their hands off each other, they head to the bedroom for their most intimate and passionate sex scenes ever caught on camera. At the suggestion of Girlfriends Films, Elexis Monroe cast Volume 10 with performers who were eager to help contribute their wages to her medical fund to treat severe infections in her mouth and face. "Lesbian Sex: Volume 10" features pairings between Elle Alexandra and Sovereign Syre, Jessie Andrews and Samantha Ryan, Zoey Holloway and Sinn Sage, and Lily Cade and Aaliyah Love, as well as non-sex appearances by Elexis Monroe in each scene.